At the end of the Nineteen Seventies, the designers that we now know today were starting to come through. Three of these are Calvin Klein, Ralph Lauren, and, of course, Tommy Hilfiger. All three shared a similar upbringing and history based in the USA’s fashion capital of New York City. Hilfiger’s rise is a story of opportunity and determination. From a somewhat humble start, Hilfigers designs have become synonymous with quality, style, and fashion-conscious people in the know choose to be seen in them. 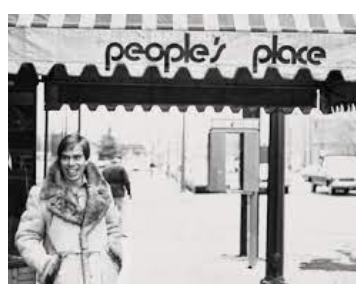 As with many successful people, Hilfiger’s parents did not want him to go into his chosen field. Given a choice, they would have rather he followed a more traditional route to employment.  However, though Hilfiger’s parents wanted him to go in another direction, the young Tommy had other ideas. After High School, he decided against college and began work in a clothes store in the holiday destination of all holidaying New Yorkers, Cape Cod. With just One hundred and Fifty Dollars to his name, he moved back to the city in 1971 to open up his own clothes shop. He named it “Peoples Place”, and it was located back in his home District in New York.

It was different from other clothing stores as Tommy incorporated a hair salon, a music store, and in the basement, he held gigs for up and coming New York Rock and Punk Acts. Tommy had entered into one of the happiest periods of his life. He was surrounded by like-minded people, the business was proving successful, and most of all, he was free to design. The designing began when he became disenchanted with the stock he was getting in to sell at People’s Place. To the young Tommy, it seemed too reserved and not exciting enough. In his heart, he thought that he could do better. So inspired, he began to do so.

The success of People Place came to an end with bankruptcy in 1977. Realising that he needed more business experience, Hilfiger went back to college and studied commerce and the fashion industry. If he were to try again, this time, he would be more prepared.  Graduation in 1981 led to working in the fashion industry, primarily using Denim. He even spent some time in India, which gave him an instrumental insight into the fashion world. He could see his designs being made and then adjusted to fit the mass market without losing the original flair. On returning to the States, he founded 20th Century Survival and the women’s clothing line Click Point. 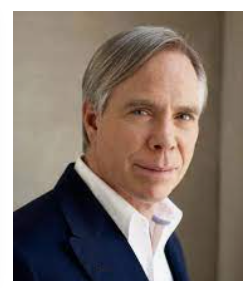 The mid to late 1980s finally saw him create Tommy Hifger Inc. Backed by some serious financial clout; he was able to launch a huge marketing campaign for his jeans along with the licencing for Pepe jeans. He designed a range of clothing for Coco-Cola, and his company went public in 1992 to great success. To top it all, he won Menswear designer of the year to finally confirm he had made it to the pinnacle of his profession in 1995. Mens Tommy Hilfiger Jeans are still highly regarded today, and you can purchase some from https://www.ejmenswear.com/men/tommy-hilfiger/jeans.